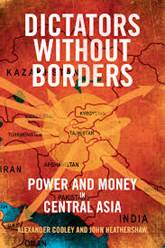 A lecture based on the book “Dictators without borders” by Alexander Cooley and John Heathershaw.

If you would like to attend, please email M.M.deLange@uva.nl to register. Places are limited, so be sure to register in time.