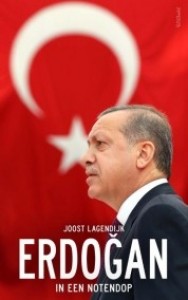 How do interpret the result of the recent referendum in Turkey? Joost Lagendijk, former politician for political party GroenLinks in the European Parliament and Turkey expert, will zoom in on recent political trends towards Turkish authoritarianism.

The result of the long awaited referendum in Turkey is worrying both European leaders and European academic communities. Whether it is a majority or not, a large share of the Turkish population, and among certain diaspora populations a much larger share, has voted for an extension of powers for Recep Tayyip Erdogan. How can we make sense of this outcome and the more general shift towards authoritarianism in Turkey? During this lecture, Joost Lagendijk will go beyond the daily news coverage on Turkey and will help us to understand the current trend towards authoritarianism in Turkey.

About the speakers
Joost Lagendijk is a former resident of Istanbul, former MP of the European Parliament and author of the recent book: Erdogan in een notendop (Erdogan in a nutshell).

Marlies Glasius is professor of International Relations at the UvA. She will provide comments and will act as moderator during the Q&A.