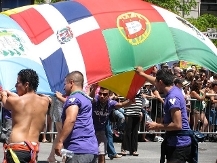 Studies about the uneven presence and performance of state institutions within Latin America have flourished since the adoption of decentralization measures across the region. However, systematic comparisons across states are relatively absent. This workshop seeks to bring together scholars of the subnational state in Latin America and elsewhere with the aim of sharing original research on spatial and temporal variation of subnational patterns within and across states. Ultimately, we hope to generate new ideas to characterize and explain variation in state presence and performance in the region.