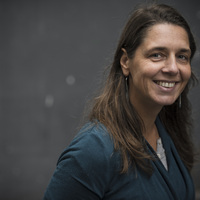 Marlies Glasius is a Professor in International Relations at the Department of Politics, University of Amsterdam and principal investigator of the ERC-funded project Authoritarianism in a Global Age. Her research interests include authoritarianism, international criminal justice, human security and global civil society. She holds a PhD cum laude from the Netherlands School of Human Rights Research, and previously worked at the London School of Economics and Political Science (LSE). She is the author of The International Criminal Court: A Global Civil Society Achievement (2006) and Foreign Policy on Human Rights: Its Influence on Indonesia under Soeharto (1999), and co-editor of volumes on international criminal justice (with Zarkov, 2014); on human security (with Kaldor, 2006); on civil society (with Kostovicova, 2011, with Lewis and Seckinelgin, 2004 and the annual Global Civil Society Yearbook (2001-2011). She has conducted fieldwork in the Central African Republic, Egypt, Greece, Indonesia, Liberia and Sri Lanka.