Upcoming: Authoritarianism Beyond the State

Political science has struggled to adequately understand and conceptualise the rise of authoritarianism in global politics in the first decades of the 21st century. Academic research continues to focus primarily on regime type, perceived primarily through the lens of the nation-state. The most basic divide has been between authoritarian states, associated with lack of accountability and high levels of coercion, and democratic states which have adequate accountability mechanisms and allow political life to take shape by way of freedom of association and freedom of expression. Simply focusing on regime type, however, has become increasingly unproductive for contemporary political scientists. In this workshop we open up the research agenda on comparative authoritarianism by addressing authoritarianism in ways that are no longer confined by the ‘territorial trap’ (Agnew, 1994) of the modern state. 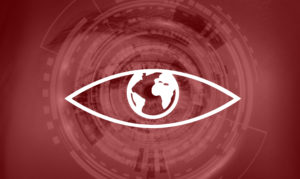 In July 2-3 2018 we organised the end conference of the Authoritarianism in a Global Age project, at the University of Amsterdam. The aims of the conference were (i) to present the research and conclusions of the Authoritarianism Global project, (ii) to be a platform for presenting findings from other cutting-edge work at the interface of authoritarianism and various forms of globalization, and (iii) to bring together an unusual group of pioneering scholars from different subfields to think through what should be urgent new research agenda’s in the study of democracy and authoritarianism. Find more detailed information in the programme.

Roundtable 'In the Authoritarian Field: Reflections on Ethics, Risk, and Method' 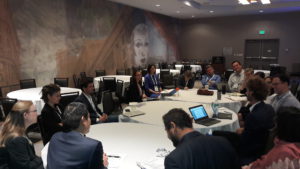 In this roundtable, we reflected on our recent experiences doing political science fieldwork in a number of different authoritarian contexts, discussing the challenges of the authoritarian field holistically and cross-regionally with a number of experienced and emerging experts on the Middle East, the post-Soviet Sphere and East Asia. Responding to the demand for increased attention to methodological rigor and transparency in qualitative research, this roundtable considered dilemma’s and best practices from a particularly challenging area of such research.

The roundtable included many of the points of discussion that are treated in our upcoming volume 'Research, Ethics and Risk in the Authoritarian Field'.

International Seminar: 'The Subnational State in Latin America: Institutions, Citizenship and Regime Type Within and Across States' 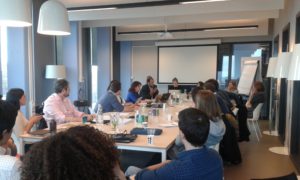 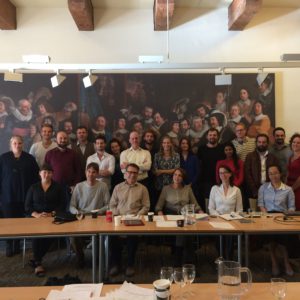 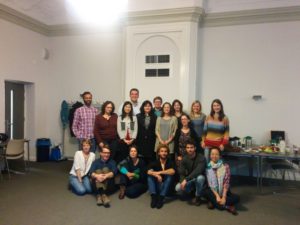 Workshops: Ethics and risks in the authoritarian field

Unlike in the study of democracy, there is a dearth of contemporary conceptual work on the nature of authoritarian rule. In this groundbreaking seminar, we reflected on whether authoritarianism is more than the opposite or residual of democracy, considered to what extent it is characterized by durable features beyond temporal and spatial variation, and whether it makes sense to think of authoritarian rule at levels other than the sovereign state. Following on from this, we considered how one might operationalize contemporary authoritarian rule, and what consequences reconceptualization might have for empirical measurement. Find the programme of the seminar and read the notes.